The East Berne, Berne, Westerlo, Medusa and Elsmere Volunteer Fire Companies helped their brothers and sisters in Rensselaerville celebrate the new truck. Always a good time at a wet down!

Chris Heath of the Communications E-911 Center gave the firefighters a guided tour highlighting the capabilities and a detailed explanation of how 911 calls are processed and how responders are dispatched. Important information for the volunteers who depend on timely and accurate information need to respond quickly and to obtain the necessary equipment and resources to respond effectively to emergencies.

Other resources available to firefighters include:

Rensselaerville 75th Anniversary Proclamation: Cecilia F. Tkaczyk New York State Senator for the 46th district was on hand to congratulate and give them a special recognition and read a proclamation which was presented to Chief Robert Tanner.

2014 Albany County Hilltowns Vol. Fire Co. Water Ball Competition: Each summer, the volunteer fire companies of the Albany County hilltowns come together at a local park to have groups of their best firefighters go toe-to-toe in a competition of speed, agility and precision. It is a competition called Water Ball, and the object is for a team to use their fire hose and stream of water to move a metal disc along a zip line to the opposing team’s post before the competition can. The event pushes the teams of firefighters involved to place water on an object as accurately and expertly as possible. This translates into better performance in the event of an actual emergency fire event.

Berne-Knox-Westerlo Fire Response Drill: A comprehensive fire response drill at the Berne-Knox-Westerlo Elementary School occurred on June 30, 2014 to sharpen the skills of Albany County firefighters. This drill placed observers in the middle of a full-scale fire service training operation illustrating how fire companies collaborate to lend assistance across jurisdictional boundaries in emergency situations.

Vehicle Extrication Drill – Summer 2014: The Rensselaerville Volunteer Fire Company takes time out each summer to ensure their vehicle extrication skills remain sharp. They know when it counts the most and a member of their community has experienced a car crash and needs their help, these skills will be put to the test.

Why Did You Become a Volunteer Firefighter? Ed Hake, interior firefighter for Rensselaerville Volunteer Fire Dept. explains that after he bought his house and settled in, he wanted to become involved in the community. As Ed puts it “They need hands, they need people, you meet a lot of people who are right there to help you. It’s neighbors helping neighbors.”

Why did you become a volunteer firefighter? J.R. Delia joined the Rensselaerville volunteer fire company to help out. He thought “What better way to help society than to literally help make things not burn down. I thought I was too old – too out of shape. I’m surprised to find that I’m one of the younger guys. A lot of the stuff they need is not a big time commitment. It’s always a lot of fun.”

Westerlo Barn Fire Drill 2014: The Westerlo Volunteer Fire Company continually pushes its members to improve their structural firefighting and indoor search and rescue skills. The ability of a volunteer firefighter to quickly and efficiently navigate a smoke filled structure can mean the difference between life and death for anyone trapped or unconscious inside. To improve the skills of its volunteers, the fire company holds multiple drills each year during which key leaders closely monitor and critique the structural firefighting and indoor search and rescue skills of firefighters to ensure they are always improving.

Search & Rescue Drill in East Berne: Search and Rescue Drill in East Berne, NY, with Berne, East Berne, Huntersland and Rensselaerville Volunteer Fire Companies. These Albany County Hilltown firefighters utilize a simulated smoke-filled structure to conduct search and rescue drills. Visibility is zero in smoke-filled environment like a house fire, so firefighetrs must train in a simulated setting. They also conduct “Follow the Hose” exercises where firefighters learn to follow fire hoses to exit from a structure fire if necessary.

The WordPress.com stats helper monkeys prepared a 2014 annual report for this blog.

A San Francisco cable car holds 60 people. This blog was viewed about 780 times in 2014. If it were a cable car, it would take about 13 trips to carry that many people.

Why I Became a Volunteer Firefighter

J.R. Delia joined the Rensselaerville volunteer fire department to help out. He thought

“What better way to help society than to literaly help make things not burn down. I thought I was too old – too out of shape. I’m suprised to find that I’m one of the younger guys. A lot of the stuff they need is not a big time commitment. It’s always a lot of fun.”

You can benefit from this sense of community and shared purpose by joining one of Albany County’s volunteer fire companies.

Cecilia F. Tkaczyk New York State Senator for the 46th district was on hand to congratulate and give them a special recognition and read a proclamation which was presented to Chief Robert Tanner.

The roots of the Rensselaerville Volunteer Fire Company go back to
1897 when the first hose house was located at the corner of Route 85
and Route 351, where the park is now.

On January 14, 1897 a meeting was held of the legal voters of the
Rensselaerville Fire District. T. R. Chadwick was elected chairman,
M. S. Golden secretary, and three commissioners, Dewey Bell, C. B.
Cross and William F. Smith.
It was voted on to appropriate $275 for the purpose of hose and
necessary fire apparatus.

On January 20, 1897 the fire commissioners met for the organization and selected M. S. Golden as chairman and C. B. Cross as secretary.
The name chosen for the fire district was the Rensselaerville Fire
Company.

It was moved that the commissioners purchase 600 feet of hose and a hose cart, the sum not to exceed $275. A 1898 Gleason and Bailey hose cart was purchased which we still own today.

In 1939 the fire department was incorporated and became the fire
department we know today, the Rensselaerville Volunteer Fire Company.

Saturday September 6th, 2014 at the Carey Institute for Global Good

Fun and Games for all ages starting at 9AM

Help us celebrate 75 years of serving you. Join us at the Carey Institute for Global Good on September 6th. Activities include: firematic games (competition between fire companies), activities for children, bouncy house, demonstrations by Medusa, Tri-Village, East Berne and Westerlo Volunteer Fire Departments, Rensselaerville Ambulance and Albany County Sheriff’s Department. There will be cash food throughout the day and a $13 Chicken BBQ at approximately 6:00 pm. Please call 518-797-5287 for BBQ tickets by August 31st. More updates to follow.

Join us for the Easter Egg Hunt on Saturday, April 19th at 2:00 pm. Activities include crafts, snacks and Easter Egg Hunt. The Easter Bunny will hop in at 2:30 to start the egg hunt. If weather permits, all activities will be at the Town Park. We will provide updates later in the week and have signs at the Firehouse. 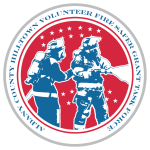